Android KTX is an open source library or set of functionalities designed to make the Android development with Kotlin even more pleasant. You can find its website here. The abbreviation KTX stands for Kotlin Extensions, so this library is basically a set of extension functions, extension properties and other top-level functions. In this article, we take a look at what's inside this library and how we can take advantage of it. This library's goal is not to add new features to the existing Android APIs, but rather make those APIs easier to use by leveraging the features of the Kotlin language.

A very important thing to note at the beginning is that Android KTX provides functionalities which would be added to many individual projects by the developers most of the time anyway. Arguably, there are also many things that will get included by adding the dependency, which are not going to be used. Thanks to the ProGuard, all the unused code will get stripped out, so there should be no worry regarding the library footprint. Now, let's take a look at some of the very important and crucial concepts of the Kotlin language which are used for building the Android KTX.

An extension function is one of the Kotlin features that allows us to add a functionality to an existing class without modifying it directly. By adding extension functions to a class, they are represented as simple static methods on bytecode level. Then, we can call those functions on the objects of that class type, just as they were part of the class's API initially. Here is an example to give a little better insight into the way it's done. Say, we want to add an extension function to the String class to print itself. Here is how we can do it:

Inside the extension function, we can use this to refer to the current object on which the function is being executed. Then, this function becomes available to be called on any object of String type. So we can do:

Similarly to extension function, Kotlin supports extension properties. Also, the way we define them is quite the same:

Then, we can use this extension property on any object of String type:

The behavior of the extension property can only be defined by explicitly providing getter (plus setter for vars). Initializing those properties the ordinary way doesn't work. The reason behind this is that an extension property does not insert members into the type, so there is no efficient way for it to have a backing field.

In Kotlin, a function is a first-class citizen. We are allowed to define functions in Kotlin files (.kt) which could afterward be accessed and used from other Kotlin files. This is a very powerful concept. If we define a file inside a package com.example and define functions in it, they can be used simply by importing them into the usage side. Here is an example:

now this function can be accessed and used from any other Kotlin file by simply importing it like this:

Most probably, you are familiar with the overloading concept like in Java already. Overloading is a concept that allows us to define constructors or methods with the same signature, only differing in their parameter list (both types and number of parameters could be different). In Kotlin, this concept is taken a step further, so we could achieve the same result by defining a single function, by specifying default values to some or all of the arguments. Eventually, it boils down to the approach used in Java again. Let's take a look at the following example:

In this example, the function takes two arguments, but the lastName is optional because by default its value is going to be an empty String. So, when calling this function we are only required to supply a firstName, and we can call it this way:

Kotlin also supports named arguments, so we could call a function supplying the arguments by their names:

This is particularly useful when we have a function with multiple optional arguments and we want to call it with supplying only specific ones, or in a different order.

You can read more about Kotlin's awesome features in this article.

Now, as we know what the Android KTX library is based on, let's dig and observe some of the most common extension functions.

To begin with, there is a very simple extension function on the Uri class. Many times in Android, we need to convert a String URL into a Uri object, for instance when creating an Intent with data etc. The way we are usually doing this is by calling Uri.parse("string_url"). Android KTX defines an extension function that does the job. Here is how it looks like:

so we can use it by calling toUri() on any string, like this:

By using the Android KTX extension on the SharedPreferences the code shortens and simplifies quite a lot, and it becomes:

The first parameter to this function is a Boolean value that controls the call to the editor, whether it would use the commit() or the apply() call. Clearly, by default this value is set to false which means by default the function will call apply() on the editor. A more interesting parameter is the second one. It's a function literal with a receiver, and the receiver is of type SharedPreferences.Editor. It means that when calling this function, we can use lambda over the receiver, so we can directly call functions that are exposed by the receiver type without additional qualifiers. This is shown with the putString call.

Operating on view before drawing

Most of the apps we are using every day are having some sort of lists where some images are being loaded. Often, those images are of a different size, and the image sizes are usually provided in the response. Since the images are normally loaded in the background, we want to allocate the space required for the image to be displayed, and once it's loaded we already have the space allocated, so we would avoid UI expanding when the image is being displayed, which prevents the UI flickering effect. This is usually done by using a ViewTreeObserver which provides an OnPreDrawListener. This listener has a callback that is being called before the view drawing. For our images example, usually we set the view sizes that are provided in the response inside this callback, and we apply some default background (for example gray). That is one of the many use cases of the ViewTreeObserver observer and its OnPreDrawListener. Here is a snippet that shows the way we normally approach it:

Android KTX has defined an extension function on the View type named doOnPreDraw() that simplifies the above snippet, so it would become:

There are also some other nice extensions defined on the View type which are working with the view visibility, updating view padding or layout params etc.

Bundles are a very common thing in Android, but working with bundles is often quite a boilerplate. The way we normally compose a bundle looks like this:

Working with ViewGroup in Android is quite a common thing. The ViewGroup is a kind of container that could contain other views called children. Many times we need to loop through its children, but the traditional way to do so could be quite a mess. Android KTX has defined an extension property that exposes its children, and here is how it looks like:

As we can see, the children property is returning a sequence of child views, and it allows us to write very concise loops over any ViewGroup type:

One of the most common ways of displaying some sort of short info to the user is a Toast. When displaying a toast by using the standard API, we have to pass the Context, the actual message that we want to be displayed, whether it is a String or a resource reference to load value from the strings.xml, and the toast duration. Since we cannot display a toast without having a Context, and since most of the time the toast duration is its Toast.LENGTH_SHORT constant, it would be great to have an option to display a toast by simply calling a function and passing the actual message argument. A common way to achieve this is by defining some sort of base class that defines such method, and then it would be called from the subclasses. However, Android KTX defines an extension functions to the Context type for displaying toasts. It takes 2 arguments, the message and the duration, while the duration is being set to Toast.LENGTH_SHORT by default. So we can call to display toast wherever we have a Context by simply passing the message argument, whether it is a String type or a reference to the string resources:

Android KTX is a very nice part of the Android JetPack project, and as we've seen it contains quite some nice ways to improve the Android development we are used to. As told before, it doesn't provide any new functionalities, but rather simplifies the APIs which are already provided by the Android SDK. Here is a nice talk from the Google I/O 2018 by Jake Wharton, where he elaborates more on the Android KTX. This article only scratches the surface, and there are many more fun things to be revealed inside the Android KTX, related to animation, database, location, graphics, text and so on. Also, the team is welcoming new contributions, which is great, so if you have an idea that is not there yet, feel free to submit it. 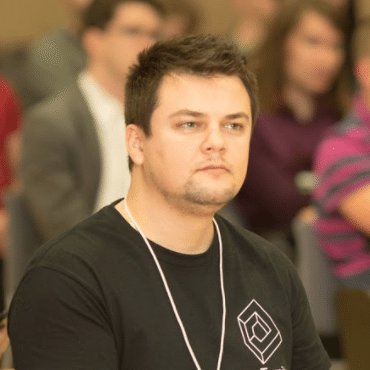 Jovche is an Android developer based in The Netherlands, working on Android for the last 8 years. He has a big passion for clean code, TDD, getting things done, professional behavior, and software craftsmanship.

Paid ChatGPT: woah not worth it, it's too expensive, MAYBE I'd pay $5/mo but I'd need more features.

Are you still here?

Land a remote job in 2023 with these websites:

Ambar has sadly fallen victim to the bs tech layoffs. 😠

If anyone knows of any UX/UI design roles going in Berlin 🇩🇪 or Remote it would be awesome to hear about them!

Her team always waxed-lyrical about working with her which says everything really.